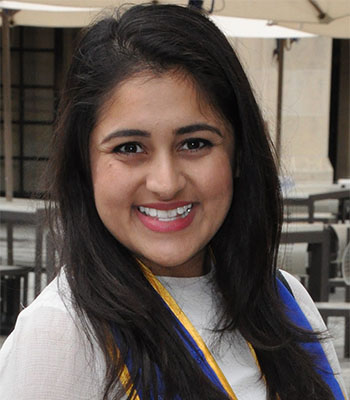 Johannesburg, also known as Jo’burg, Jozi or the City of Gold, is the richest city in South Africa, one of the richest countries on the African continent. By default, anything that is worth anything out here probably carries the same weight on the entire continent. Tucked in the loud scuffle of Jozi, is a quiet suburb called Sandton. A quick wiki search is enough to find out that it is the richest square mile in all of Africa. Even the Mall of Africa, the largest mall in Africa, calls Johannesburg its home.

But when I told people that I was going to Johannesburg for six weeks, they gave me a look of worry and then quickly told me not to leave my house after 5 pm. They said that they had heard stories about people getting robbed in their taxies, murdered for showing wealth. While in South Africa, these people instructed me to only transit through Johannesburg (while fiercely clutching my belongings) and go straight to Cape Town, a South African coastal city with beautiful wine garden tours, but a place brushed off by the locals as not representative of the real South Africa.

I had a vague idea about the disparities that plagued everyday living from what I had learned about the health system of the country and my reading about its apartheid history. So, when it was time for me to get on the plane to Johannesburg, I packed with me all my preconceived notions about the city: A dangerous place, filled with ambushing criminals trying to grab at wealth every opportunity they had.

I grew up in India, a former British colony, and have witnessed first hand a post-colonial country. Steeped in culture, history bubbles up to the surface from time to time. The animosity between Pakistan and India remains fodder for daily headlines. Every day we make a choice to color our colour with that extra u, and our education system even mimics that of the UK, but all in all, we have remained uniquely and distinctly Indian. Unlike India, however, history seems to dictate the cultural workings of South Africa, a younger democracy. In Jo’burg, there still exist rich white neighborhoods with high-walled houses and poor black townships. Each community has its distinct ways and continues to operate within those structures, just like they were supposed to in the apartheid and colonial era.

When I started navigating this city, I quickly starting working on instinct. To people who seemed like they would take advantage of me, I was from India, a poorer country. To people I had to prove my credibility, I was a student from San Francisco. To a certain few trustworthy people, I grew up in Mumbai and had been studying in the U.S for the past five years. I categorized people as safe and unsafe, not willing even to risk opening up and being proved wrong. The more impoverished black South Africans were a threat; the wealthier white and Indian people were labeled safe. This kind of judgment did nothing but reinforce the kind of stereotypes I had already developed in my mind.

This reinforcement of half-truths can be dangerous, does more harm than good and would bias my research and maybe even work to perpetuate the inequalities that shape the city. Could I give up being extremely careful in exchange for a glimpse into the real Johannesburg?  Of course, I have to be careful and ensure my safety, but not any more than I would in Mumbai or San Francisco. I owe my research and experience a non-biased analysis.

Michael Ventura, an American journalist, once said that no one could write fast enough to tell the truth. I come out of my short-lived journey through South Africa feeling the same way. The more I explore, the less I understand. Realities here are complex and they depend on to whom one talks. At this time, I think I just have to be happy with knowing that I have learned more than I could have asked for and leave with the hope that in the slightest way possible I have contributed to the flourishing narrative of South Africa.