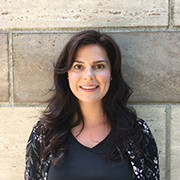 Take a moment to picture a surgeon.

Your surgeon most likely stands cloaked, with a surgical mask covering the lower half of his face. (The masculine pronoun, though seemingly biased, has greater than 4:1 odds of being accurate.) Magnifying loupe goggles may obscure his eyes; a cap covers his head. He stands at the operating table before a prone patient, flanked by nurses and assistants awaiting his instructions.

What could this surgeon have to do with global health, a practice that takes place around the world, often out in communities and through government and NGO partnerships? The two seem utterly incompatible.

Yet, many medical conditions require surgery — and these conditions stubbornly occur even in remote communities within poor countries. According to a 2010 analysis in the World Journal of Surgery, a patient needing surgery would have stood a better chance in a US Civil War field hospital than in a modern-day hospital in Sierra Leone. If global health work aims to ensure that the highest standards of care apply to everyone, everywhere, then adapting and refining surgical practices must be a major part of that work.

That’s roughly the case former IGHS executive director, Haile Debas, MD, argued as he pushed the field to recognize the need for more surgical capacity, expertise and access around the world. Debas literally wrote the book on global surgery.

A student in the IGHS MS in Global Health Sciences program, Hannah Thomas, represents the next generation of global surgeons. Originally from Canada, Thomas is taking time off from a combined undergrad/MD program at the University of Edinburgh to chart next steps in the cause that Debas initiated.

“For me, global surgery is much more than traveling to a country to perform clinical work,” she said. She hopes to contribute in her career to international research projects and surgical capacity building efforts, “with a focus on partnerships with local partners.”

For instance, in her capstone research, Thomas is working with pediatric orthopedic surgeon Coleen Sabatini, MD, MPH, who has long-standing ties with surgeons in Uganda, to develop a research question that will complement their work and contribute to improved care for local patients.

Thomas couldn’t be more different from the stereotype of a surgeon we painted above, in ways that point to changing trends in medicine. She’s female. She sees surgeons as team players, not the deities that some have taken themselves to be.

“As a surgeon, you’re part of a complex and vital team structure, and as part of that team structure, it’s important to be open-minded, flexible and adaptable,” Thomas said.

Many doctors gain interest in global practice as an outgrowth of their expertise in a particular disease. But, for Thomas, the principles of global health drove her interest in medicine in the first place. She sees medicine as an important lever of social inequities. Even with Canada’s universal access healthcare system, Thomas witnessed early on unequal treatment in urban and rural populations, and for whites and First Nations and other minorities.

“We think of global health as global, but there are similar issues that need to be dealt with on a local level,” she said. “As health care providers, we’re in a privileged position to be able to have that one-on-one communication with patients when they’re at their most vulnerable, and possibly to be one of the most important sources of help for them during that time.”

If Thomas represents the next generation of clinicians — and don’t you hope she does? — we wanted to know what in the MS program she finds most compelling.

“I love being in a classroom with people who are from such diverse backgrounds — career-wise, undergraduate degree-wise, geographically different locations,” she said. “I might be thinking of things in a provider-oriented mindset, but my colleague who’s sitting next to me who’s worked in NGO research for 10 years is coming at it from an angle that I likely wouldn’t have thought of before.”

After a moment, she added: “These kinds of discussions are encouraging all of us to open up and think about things from multiple different angles and viewpoints, which is arguably how I think you should tackle global health in general.”

If you're interested in pursuing an MS degree in global health sciences, get in touch with Inez Bailey.