One professor is using teaching to help address climate change 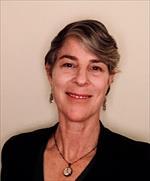 Perhaps the scariest thing about climate change is that everything that has been predictable over the millennia of human existence is no longer certain: temperatures, high tides, melting snow, rainy seasons and dry.

What that means for healthcare is a crisis of adaptability. We won’t just need more antibiotics, allergy drugs, rehydrating IV bags and the like: The system will have to become nimbler to respond to natural disasters and health threats we may not even have imagined yet.

Changing the behavior of healthcare providers and systems to better meet patient needs falls within the wheelhouse of implementation science, the scientific study of how best to promote the use of evidence-based practices so that healthcare becomes more effective in real-world settings.

Margaret Handley, PhD, MPH – an IGHS faculty member who co-leads the PRISE Center – has long been a thought leader of implementation science at UCSF, but she came to public health through an interest in the environmental sciences. Like many, Handley has reflected during the last long two years about what she can do to steer the world in a better direction. She has arrived at a project that merges implementation science and response to the climate crisis.

Handley was recently awarded a Fulbright scholarship to help develop an implementation science curriculum for Croatian schools of public health that using climate change as a unifying theme. Handley has already seen that even very clinically focused peers at UCSF become very engaged when she uses an example in her courses related to encouraging communities in Guatemala to use less smoky cookstoves.

“People get so excited about the cookstove example, that it made me think maybe there’s a way to use the energy around climate adaptations to figure out what we can use from implementation science,” Handley said.

Croatian public health researchers are eager to drive more adaptation and mitigation projects in their country, too. Tiny Croatia faces the climactic double whammy of prolonged droughts and wildfires in regions with Mediterranean climate and flooding and landslides in more northern regions.

Handley and her colleagues in Zagreb will first organize a series of working groups with stakeholders in medicine, environmental sciences, urban planning and so forth, to identify areas of focus, such as increased tree cover in neighborhoods or expanded bike infrastructure.

“It might be case study based, or we might say, okay, here are the 10 principles of implementation science – let’s take two projects that you all pick and talk them through all the way through the class, and then try to have you implement them,” Handley explained.

The stakeholder engagement involved in developing the curriculum is important because implementation science emphasizes the importance of community input throughout the process of deciding which health problem to address, which evidence-based intervention to employ, and how to implement the intervention in that setting.

The approach is particularly apt for solving problems like climate change that touch on policy and demand a communal approach.

“I’m interested in helping people see that if they have a desire to help make change, that a scientific application is possible,” Handley said. “It doesn’t have to be that you’re either a scientist or you’re a social studies person. You can be in this space and do multiple things.”

If you’re interested in learning more about implementation science and helping address climate change, Handley is looking for UCSF students to help to develop the climate case studies she will use here in California. Get in touch!