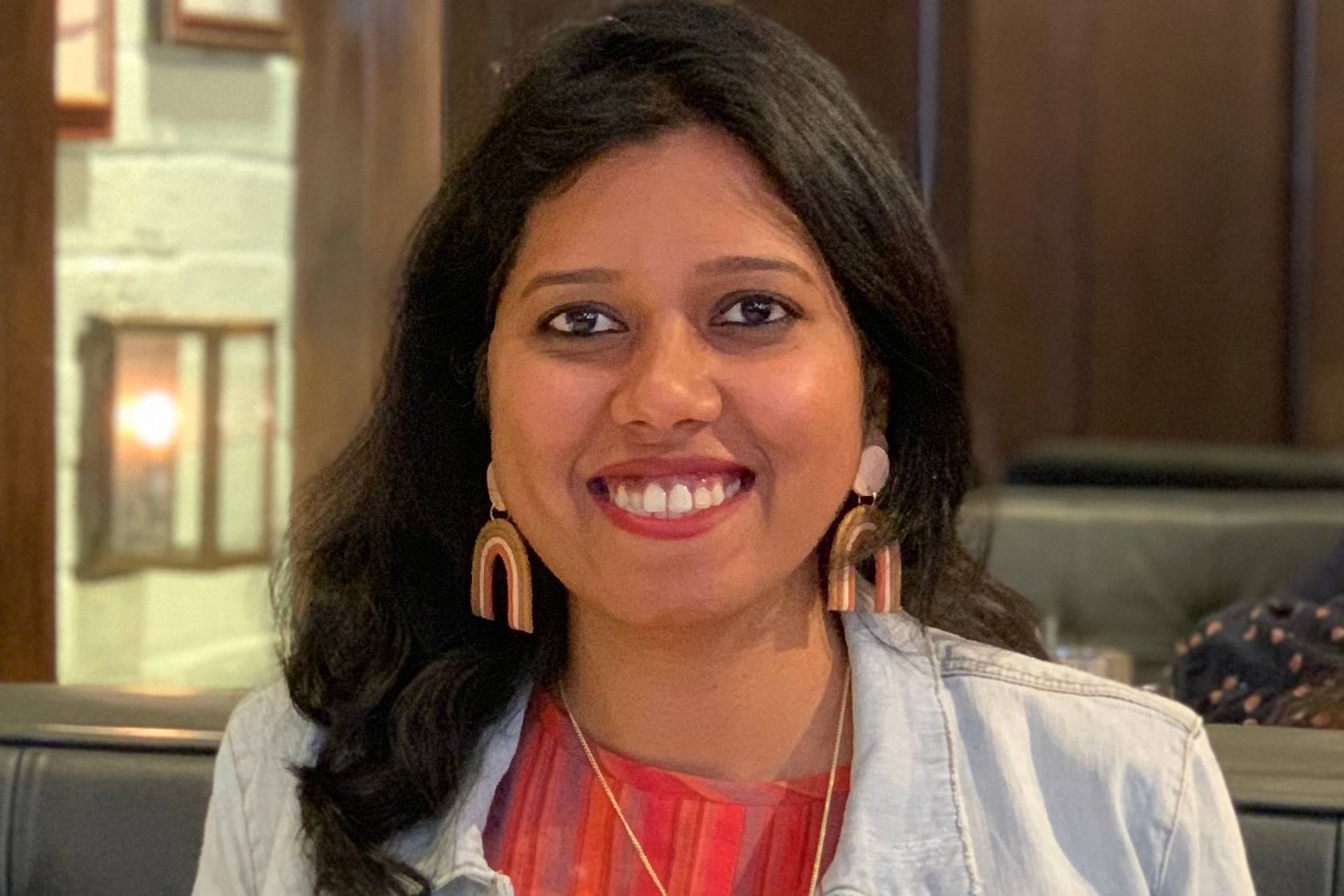 It’s a tenet of global health work that you can’t solve a problem without a deep understanding of the circumstances in which it sits. The concept usually applies to healthcare providers and systems, but Lakshmi Gopalakrishnan, PhD – a newly appointed postdoctoral fellow working with Nadia Diamond-Smith, PhD – centers her work around a complementary insight: “Public health is rooted in cultural belief systems. So much of our behavior is rooted in those things,” she said. “I don’t want to work in a place where I don’t understand the nuances.”

The work Gopalakrishnan will tackle during her fellowship is deeply rooted in social norms. The projects address family dynamics in Indian households where newly married women live with their husbands and mothers-in-law. Young brides generally assume the lowest status position in these households, which can affect their nutrition (because they eat last), their mental health, and their access to healthcare. Having a child boosts their status but also interferes with their ability to access long-term economic independence through work.

The MeSSSage study – co-led by Diamond-Smith with Alison El Ayadi, ScD – evaluates whether digital health follow-up, including participation in a teleconferencing support group, improves outcomes for mothers and babies. A second project, still in its early stages, will recruit newly married Indian women who indicate a preference for delaying pregnancy and provide them with life skills and health information with which to discuss family planning with their husbands and in-laws.

Gopalakrishnan brings a broad range of disciplinary approaches to the work, in addition to intimate knowledge of Indian cultural norms and fluency in Hindi, the most common language in most of Northern India where Diamond-Smith conducts research. After an undergraduate degree in computer science – which she hated, revealing, she observed wryly, just how powerful unspoken expectations can be – Gopalakrishnan pursued an MS at the London School of Economics. She benefitted most from conversations she had with other students, who were engaged in a wide range of international projects.

Through those conversations and exposure to public policy, Gopalakrishnan found her passion for development. She worked in Bangalore for several years as a consultant for social and development projects. In 2012, she won a Fulbright to pursue a Master of Public Health at the University of North Carolina.

“I didn’t want to be a generalist and do everything under the sun,” she said. “I felt like public health was my calling. Growing up, I had a lot of childhood health issues, but I was able to get treatment and to lead a healthy life. I see health as the basis for everything else.”

After receiving her MPH, Gopalakrishnan worked in India for a couple more years for a major consulting firm working with the ministry of health and UNICEF on health-related development projects.

Increasingly, she felt that to have a real impact she would need to drive her own research agenda. That motivated her to pursue a PhD in Health Policy from UC Berkeley, where she wrote her dissertation on gender norms as a social determinant of health among married adolescent girls and young women in South Asia.

Gopalakrishnan is alert to connections between her projects and the women’s issues they entail. How many interwoven issues might be ameliorated when researchers facilitate three-way conversations among young brides, their husbands, and their mothers-in-law? If the acceptance of corporal punishment for children in India perhaps leads men to use violence as an ill-considered attempt to steer their behaviors, as their parents tried to steer theirs, then including parenting and communications skills into new-marriage interventions might lead, down the road, to a decline in violence against women. That’s the kind of value-added that a broadly trained dynamo from the country where the work takes place can bring.

Interestingly, Gopalakrishnan credits her U.S. education for encouraging her to buttress her research with a theoretical framework, but, then, perhaps someone without educational experience on three continents wouldn’t have made the most of that strength in the U.S. system.

After her postdoctoral fellowship, Gopalakrishnan hopes to use economic and behavioral interventions engaging couples and community members to see if they empower women and/or result in better mental and physical health outcomes.

“To move a field forward you need many different findings,” Gopalakrishnan said. “But if you spend your whole career working on something, you can begin to get government attention and action.”