Intersectionality for the win: Dilys Walker’s decision to step back from career to raise children gave her insights into global health work 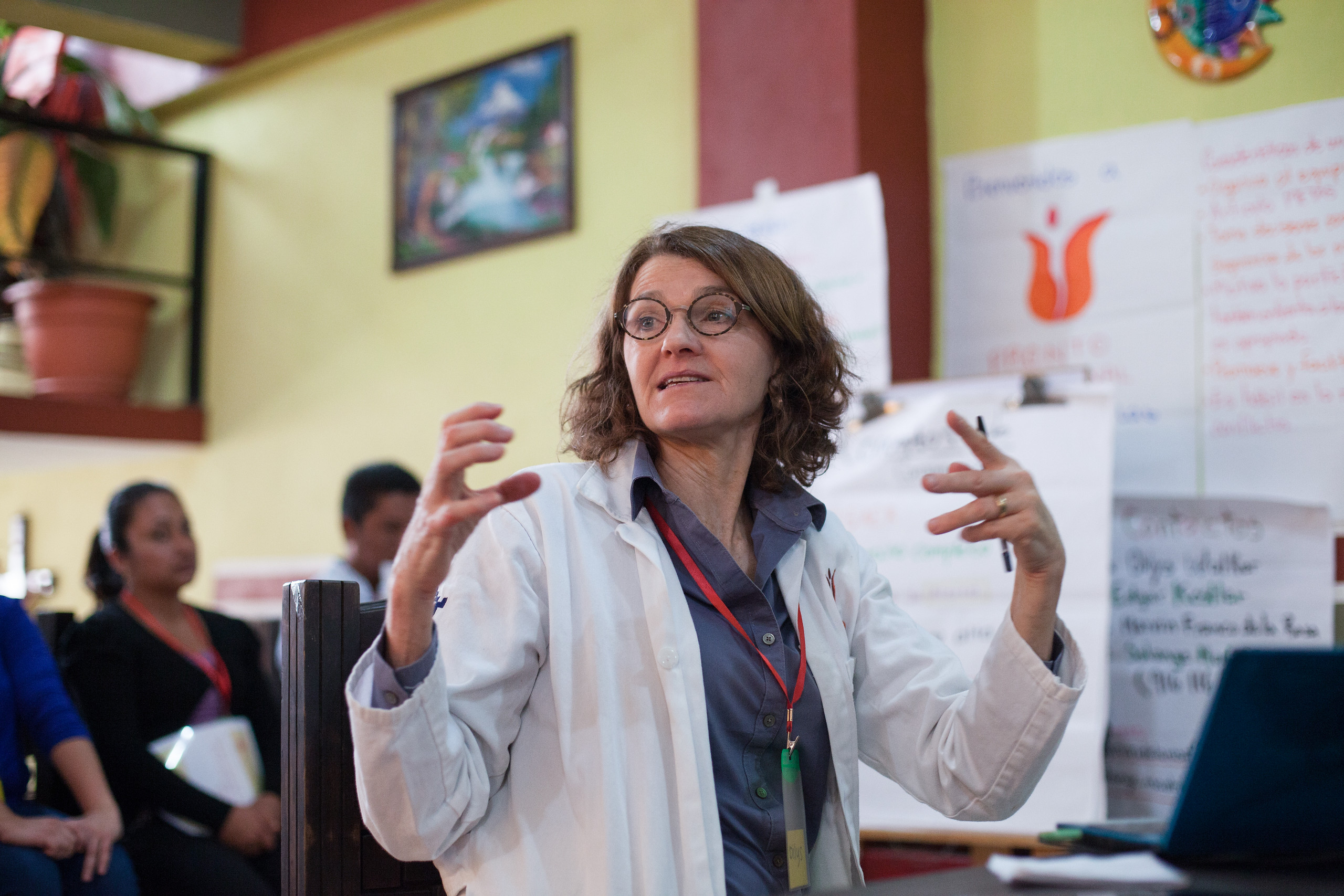 We hear many stories of women who scale down their careers to prioritize family, often as a result of sexist expectations and pay gaps. Unfortunately, a time-out for family often puts women at a long-term career disadvantage.

In honor of Women’s History Month which ends today, we’d like to share a different story. Not only did Dilys Walker, MD, regain her career trajectory after she willingly stepped back to raise children, but she also credits a path where she sometimes carved out roles for herself to relocate with her husband for providing her with the insights that have made her work stand out.

Walker first came to UCSF in 1992, following an obstetrics and gynecology residency at the University of Pennsylvania. As a postdoctoral fellow, she conducted research on global family planning and practiced at the UCSF Women’s Health Center.

At the end of her fellowship, Walker had an opportunity to stay on at UCSF as faculty. But her husband, Stefano Bertozzi, MD, PhD, had an impressive job prospect as well: A health economist, he was offered a position at the World Health Organization in Geneva to help guide international solutions to the AIDS pandemic.

Walker was pregnant with her second child and didn’t feel like she wanted to work full-throttle the way a prestigious academic position would require. Bertozzi was all-in on the WHO job, so the family went to Geneva. Walker did some consulting for the WHO and practiced at Hôpitaux Universitaires.

“I made a conscious choice that I was going to focus on being the mom,” Walker said, “but I also kept a hook in what my professional interests were.”

At the end of five years in Geneva and significant progress in the global fight against HIV, Bertozzi was ready to move on. The couple was eager to live in a low- or middle-income country which they could make the focus of their work. Walker was beginning to think about ramping up her professional life again and accepted a job at Mexico’s National Institute of Public Health. She focused on implementation science related to teen family planning and the impact of illegal abortion on their outcomes.

“As my youngest child started growing up, I started becoming more invested in the original intentions and passions I had 10 years earlier,” she said.

A few years in, Walker received a fortuitous call from the Mexican Ministry of Health. The country was not on track to achieve its UN Millennium Development Goals related to maternal health and child health and wanted her to help.

“It became clear that it was a quality-of-care issue,” Walker recalled. “Women were getting to hospitals, but they weren’t getting the level of care they needed.”

That challenge led to what Walker sees as her greatest contribution to date: A realistic on-site simulation training program – complete with mannequin – that helps delivery care teams prepare for emergencies. The program guides local teams through debriefs that empower them to drive change in their hospitals and clinics.

After a large trial of the program in Mexico, Walker spun it out into an NGO called PRONTO International.

Working for more than 10 years in Mexico, Walker saw from the inside how changemaking programs proposed by wealthy institutions in the global north were received. Because they often bring in money, they can’t simply be rejected. But the processes they impose often clearly won’t work on the ground.

“It has made me understand what it is to make changes from a position of less power, rather than one of more power,” she said.

This is precisely what in recent years has been described as the unfinished project of decolonizing global health. Long-term deep partnerships of the sort Walker had in the National Institute of Public Health are often described as the way to avoid solutions that look great on paper but don’t offer viable solutions to the most pressing problems, as viewed by local stakeholders.

In 2009, it was time to move on again: Bertozzi got a job at the Bill & Melinda Gates Foundation, and Walker joined the Department of Global Health at the University of Washington but continued her research in Mexico and Guatemala. And in 2016, Walker returned to UCSF, where the Preterm Birth Initiative was focusing new attention on maternal and newborn health. Bertozzi joined the UC Berkeley School of Public Health.

Walker is back where she started, bringing valuable experience and energy.

“The energy and excitement I have for my career is still very much alive,” she said, “because I’m not burned out in any way.”

At each new position she’s taken as she and her husband navigated two careers, “I had to prove my worth de novo,” she said. That has complemented the insight she gained in Mexico on how to drive change from a position of less power. And it has kept her energy and enthusiasm for the work keen.

Walker has forged international collaborations that have conducted important research onto how to improve maternal and child health using tools that already exist. A recent study found that using a package of known interventions in Kenya and Uganda reduced preterm and stillborn births by a third.

“I can encourage young academics to really take the time when you have kids—men and women. The work will still be there when they’re ready to come back,” Walker said.