Fitti Weissglas Works with Partners to Use Data to Improve Health 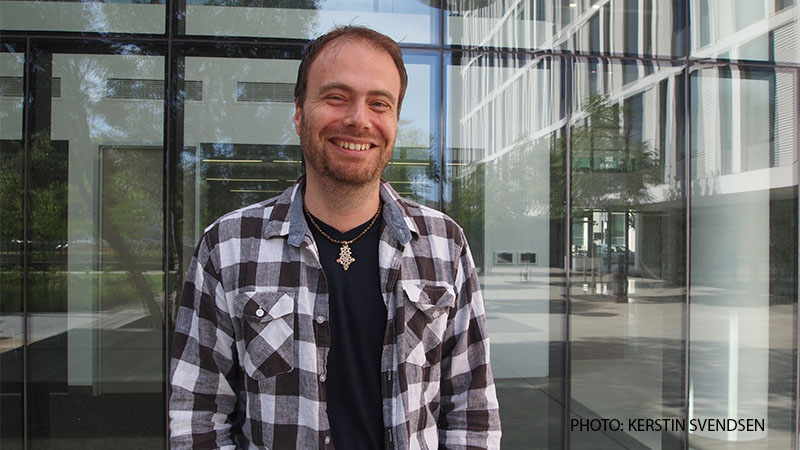 When Fitti Weissglas was studying software engineering in his native country, the Netherlands, he never planned to work in global health or live in the US. Yet, here he is: the senior manager and technical lead of the Informatics Hub at Global Health Sciences.

Informatics is the science of collecting, storing, analyzing, and transforming data into information that can be used to help people make better decisions.

Weissglas leads a team of software engineers from Uganda, Namibia, Mozambique, and Kenya who develop technology-based products that help ministries of health and other public health officials collect and analyze data in order to make better decisions.

Weissglas’ journey from the Netherlands to San Francisco began when he met a group of Ugandans visiting his country to raise money to build a vocational school. He became curious about the country and the people, so he traveled to Uganda for a holiday and decided to stay there.

In 2004, he went to work for the Centers for Disease Control (CDC) in Uganda, developing software. During that time, he added a master’s in epidemiology so that he could better understand the types of data the CDC wanted to collect and analyze.

Then, in 2011, he joined the Global Strategic Information group at GHS where he developed a dashboard for the Ministry of Health in Uganda that is helping to reduce transmission of HIV from mother to child. The dashboard and related phone app, which display in real time aggregate data related to preventing the transmission of HIV from mother to child, revealed that a large number of healthcare facilities did not have a stock of the HIV test kits used during a pregnant woman’s first visit to a health facility. Without the kits, women were not being tested; those who were HIV positive were not getting the drugs needed to stop transmission of HIV to the child.

With the dashboard information, the Uganda Ministry of Health was able to bring together the various stakeholders to respond to the issue and reduce the number of facilities without test kits from 250 to around 30. Once that problem was solved, the Ministry could focus on monitoring whether women who tested positive were getting the antiretroviral drugs they needed, leading to a reduction in the number of babies who contract HIV either during birth or through breastfeeding.

“When you can use data to drive the agenda to improve people’s lives, data becomes a means to get something done,” Weissglas said. That idea applies not only to the Uganda project but to all the projects his team develops.

About a year ago, Weissglas moved to San Francisco so that he could be closer to Bay Area’s technology innovators. He has already begun to meet and work with tech leaders.

“My job is fun and incredibly diverse, working with people from all over the world” Weissglas said.