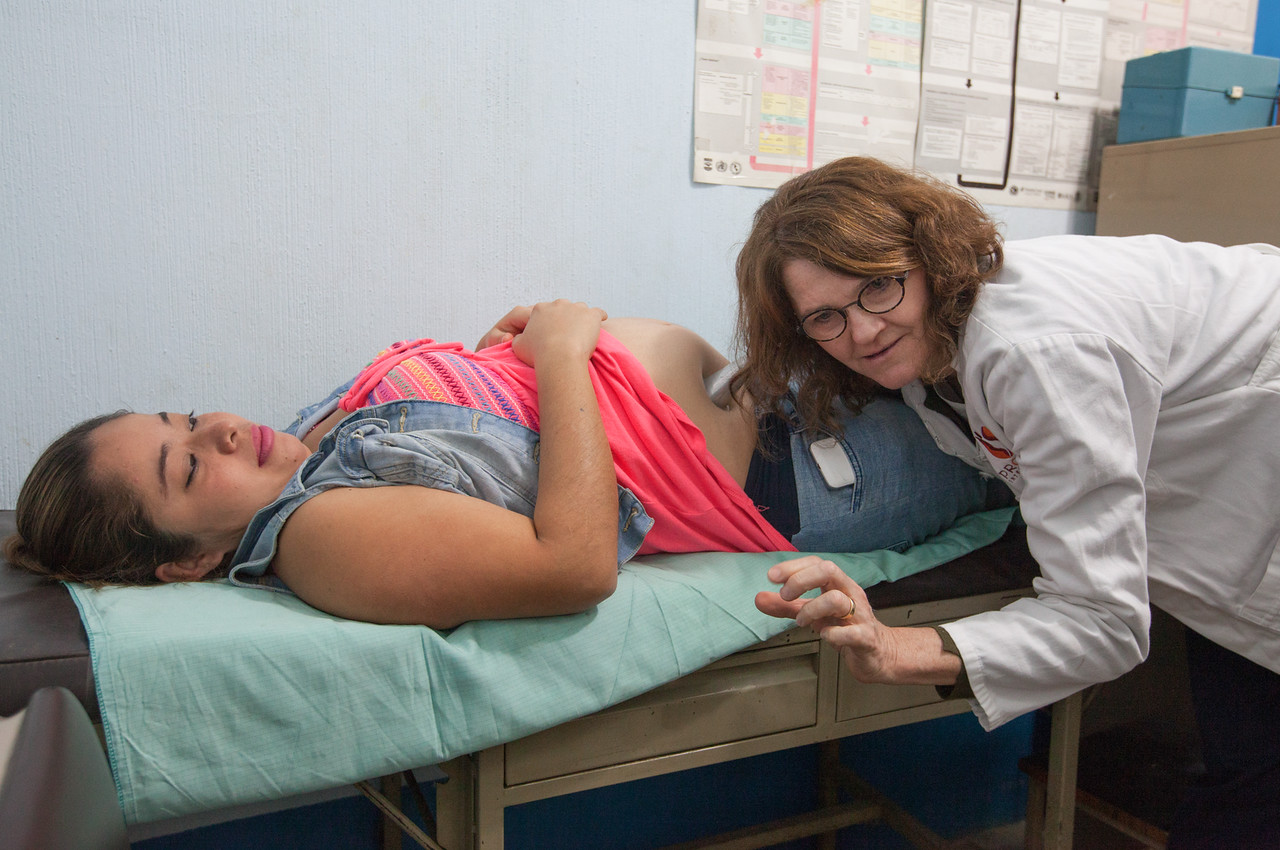 Dr. Dilys Walker’s goal is to save mothers’ and babies’ lives by improving the care given by provider teams at birth.

“The time around childbirth has enormous risk because providers can’t predict when things will go wrong, so they need to always be ready,” Walker said. “This is a great window of opportunity to improve care and uncover errors waiting to happen.”

Walker, a professor of obstetrics and gynecology, believes that if health care teams practice dealing with complications during childbirth, they are better equipped to handle those complications when they actually occur. So, she and her colleague Susannah Cohen developed a method of birth simulation training using low-tech tools and a curriculum they created. A key tool is PartoPants™, basically recycled hospital scrubs designed for birthing a doll and with a pouch for fake blood to simulate hemorrhage. During the training, an “actor” dons the PartoPants and plays the role of the birthing mother. The scenario is videotaped for review during the debrief. The key is that providers feel like the emergency is real and respond accordingly with the resources they have at hand.

Two things distinguish Walker’s work: she focuses on the mother-child dyad, while many programs focus on only the mother or only the child. And, she acknowledges and respects the cultural issues and conditions in each location. For example, many women in Guatemala rely on traditional birth attendants in the community for pregnancy and childbirth, so Walker trains professional health care providers to work with the attendants and to include them in the facility-based birth scenarios.

Walker became interested in this work during medical school. “I took a year off and did, what, looking back, could be seen as ‘medical tourism,’ including some time in Kenya,” she said. “There I met an older midwife who managed to do extraordinary things for the mothers and babies she cared for. I saw firsthand that the providers, as well as the mothers and babies, needed support.”

She and Cohen developed the training program in 2009 when Walker was working in Mexico for the National Institute of Public Health. At the time, the maternal death rate was not responding to national efforts to decrease it. Most maternal deaths were occurring in health care facilities that had the necessary equipment and providers. One had to conclude that the teams were unable to respond effectively or optimally to the emergencies they faced. Coincidentally, The Mexican National Institute for Women (INMujeres) asked her if she had any ideas that she felt deserved funding. Walker and Cohen created, almost overnight, the program that later became PRONTO. The National Institute for Women funded the initial pilot project in five hospitals and then gave additional funding to expand to a more rigorous trial in 24 hospitals. When Walker later moved to Seattle, they expanded the program to other countries including India, Kenya, and Guatemala. The Mexican team has rolled out the training in 7 states, and continues to train locally.

“We are committed to rigorous implementation and evaluation because we want to make sure what we are doing really works,” Walker said. “That’s where moving to UCSF Global Health Sciences has helped. Here I’ve found academic collaborators that help me strengthen what we do and push me to look at the work from different perspectives.”