Do no harm: IGHS works to deliver patient-centered care to women worldwide 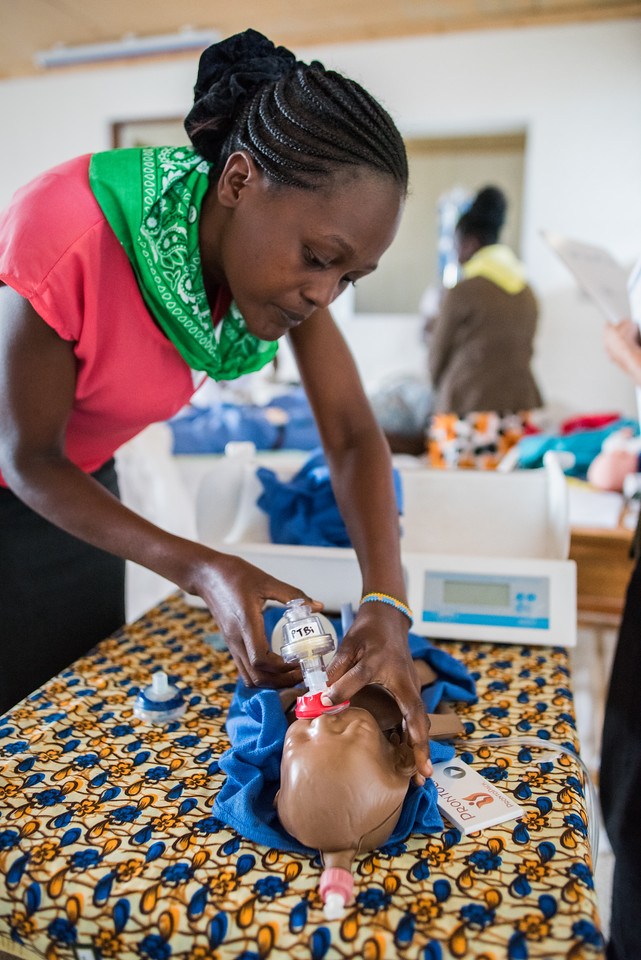 March 8 is International Women’s Day, and gender equality is one of the United Nation’s main international goals. Many of the socio-economic benefits that hinge on women’s empowerment rely on their ability to make informed reproductive decisions. And when it comes to women’s equality in healthcare settings, few moments are as key as childbirth.

“Pregnancy and childbirth are where we work because that’s where women are dying,” said Dilys Walker, MD, head of the Maternal, Newborn and Child Research Cooperative at the Institute of Global Health Sciences (IGHS).

IGHS is has played a major role in advancing the agenda for patient-centered care during pregnancy and childbirth. If patient-centered care sounds squishy to you, it’s probably because you aren’t aware of how many women around the world are verbally or even physically abused when they are giving birth or seeking contraceptives or abortion care. Providers in lower-resource settings are often overworked and may be insufficiently trained for difficult medical circumstances: They sometimes take their frustrations out on patients.

Through a program called PRONTO International, Walker leads simulations and trainings for delivery room challenges including hemorrhage, preeclampsia and fetal asphyxia. She tells a story of a simulation she led in East Africa, where the patient – a teenager played by a local midwife following a rough script – refused to cooperate in the birthing process. After growing impatient and shouting at her, one midwife held her hands down over her head so that his colleague could access the (simulated) birth canal.

Patience Afulani, MD, PhD, MPH, has produced evidence that shows that abuse of real patients is common in developing countries including Kenya, Ghana and India. Afulani developed and validated a measure of respectful care, which is now being used in several countries. Findings show that when women are treated with more respect, they and their babies have better outcomes. Her research has helped transform patient mistreatment from a rumor into a documented health problem. (The research is now beginning to measure the experiences of women of color in California.)

Nadia Diamond-Smith, PhD, MS, has widened the net, looking at whether women are treated with respect and provided with accurate information when they seek contraceptives or medication-based abortion. Her work in India has found that women who received more patient-centered care during family planning consultations were more likely to stick to their birth control plan than those who didn’t.

Recognizing that Indian men more often go to the pharmacy to pick up the drugs that induce medical abortion, Diamond-Smith saw an opportunity to compare the guidance pharmacists offered to men and women. Using mystery shoppers, she and her colleagues found that men got more accurate information than women about how the drugs work. Her team also showed that older, seemingly married women got better information than younger women who appeared unmarried.

With clear evidence of a problem, the question becomes what to do about it. Diamond-Smith tried to work with Indian pharmacists to reform their disparate treatment, but ultimately found that behavior based on social hierarchies is resistant to change. She’s now trying to reach women before they get pregnant. In Nepal and India, most marriages are arranged, and new brides become the lowest-status person in their husband’s family household. Diamond-Smith is looking at interventions for entire households that includes education both about nutrition and contraception. They guide families on preparing for a healthy pregnancy and building stronger, more equitable relationships within the household.

Afulani is increasingly focused on identifying the specific drivers of abusive medical care. In Kenya, she is examining the role of stress and implicit bias in providers’ behaviors towards women. She is also looking into ways to affect the underlying drivers. “In medicine, there’s a saying that what doesn’t get measured doesn’t get done,” she said.

Walker wants to embed questions of patient-centered care to prompt providers to develop their own norms and practices. Walker notes that changes are more likely to take hold if practitioners develop and rehearse their own “culture of care.”

Consider the East African midwife who held down the patient-actress. At the tail end of a debriefing session that followed the simulation, a colleague timidly suggested that he should not have held the patient down. A long discussion followed, with some saying it was all he could do and others coming up with some alternatives. In the following days as the team did more simulations, the midwife became an outspoken voice for the wellbeing of the patient.