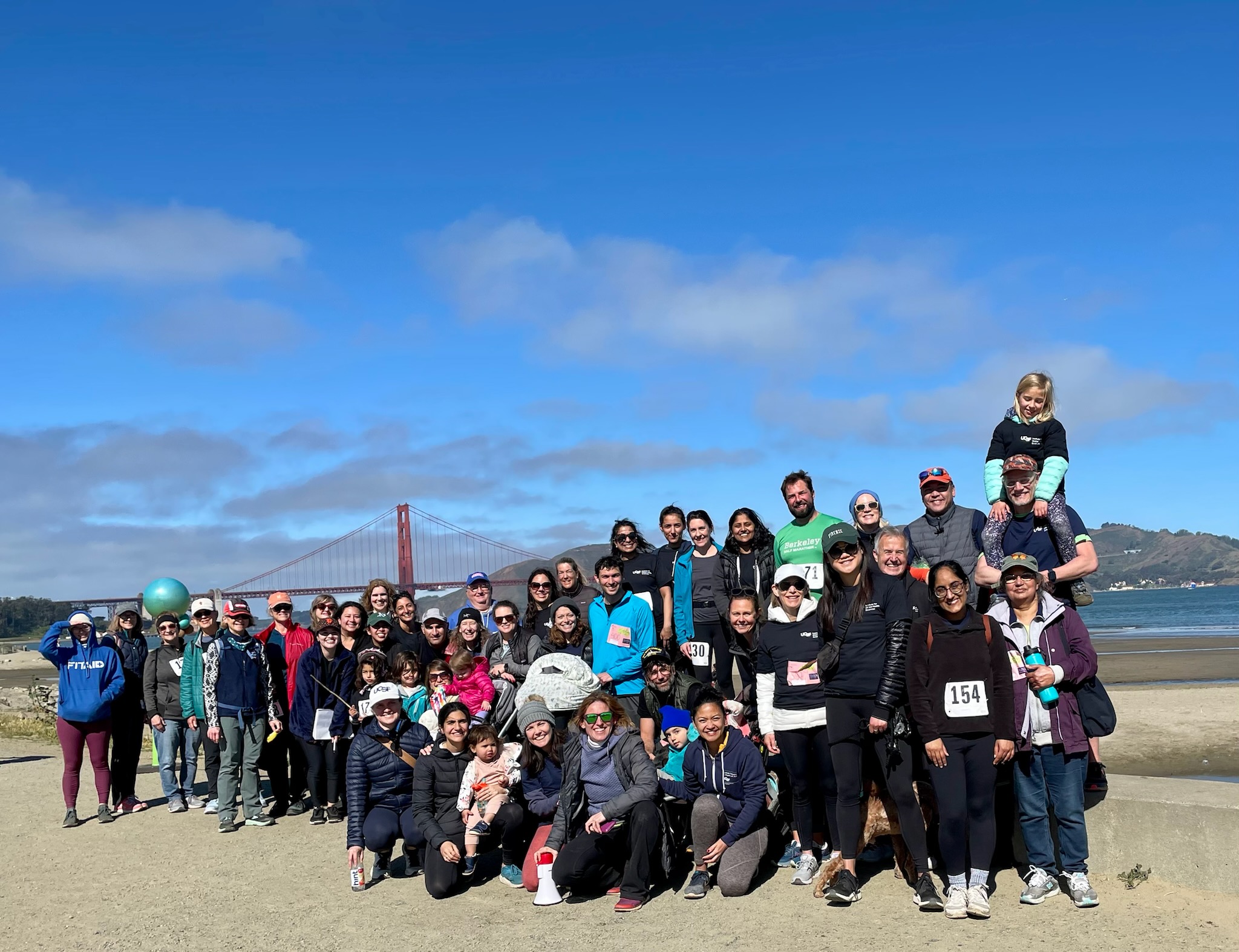 On a cold, sunny morning in March, more than 100 people from the IGHS community arrived at Crissy Field in San Francisco for a 5k race fundraiser for vaccine equity. UCSF’s Pandemic Initiative for Equity and Action (UPIEA) hosted this event to raise money for the Get1Give1 vaccine campaign organized by Sarah Macfarlane, PhD.

My colleagues, dressed in athletic wear, joined in a group warm-up to stay warm. Despite the early morning chill, the energy at Crissy Field was friendly and warm as many people greeted each other in person for the first time since the pandemic began. Coincidentally, the event took place on the two-year anniversary of mandatory remote work at IGHS. For many of us who joined IGHS during the pandemic, it was the first time meeting our colleagues in person. Recognizing people outside of their Zoom rectangle proved to be more challenging than I expected! People are so much more dynamic in the real world. I was also surprised how much I noticed people’s heights. It suddenly occurred to me that I am quite tall. Sadly, my height would not help me finish the race any faster.

IGHS’s acting executive director, George Rutherford, MD, joined the runners at the starting line to give some context for the event. Though Americans have access to safe, free, and effective COVID-19 vaccines, he said, billions of people around the world are still waiting to get vaccinated. Just 7% of those in low income countries have been fully vaccinated, compared with 73% in high-income countries. And less than 2% of the population in sub-Saharan Africa has received even one shot. Most vaccines in low and middle-income countries have gone to young men, with women and vulnerable populations least likely to have gotten vaccinated. 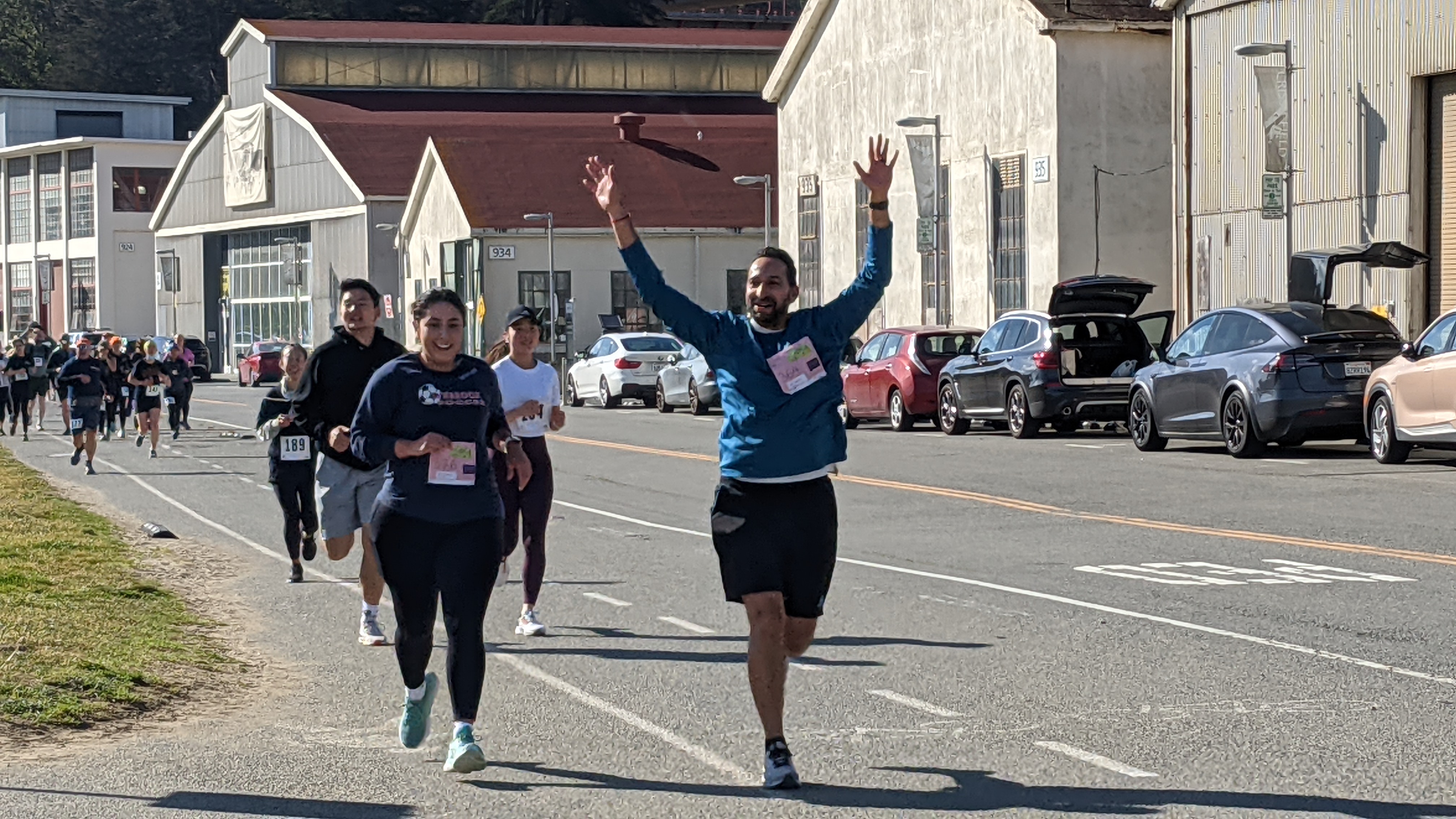 Runners started at the beach and ran to the base of the Golden Gate Bridge and back. I’ve lived in the Bay Area for most of my life, but the Golden Gate Bridge on a sunny day never ceases to amaze me. It was fun to see so many people and their kids cheer the runners on, and some even ran themselves! VMMC Sustainability Project Director Amanda Marr Chung’s seven-year-old, Acadian, ran his first race ever that day. Marr said, “I am so glad that his inaugural race was the 5K for Vaccine Equity…It looks like he was the youngest competitor!”

UPIEA and the larger IGHS community managed to raise $23,000 that will to COVAX, with each $7 vaccinating one person. If you missed the race, you can still donate to the get1give1 campaign at: https://get1give1worldwide.org/.