Monoclonal Antibodies for COVID-19 in Africa: Promise and Pitfalls (digital panel and forum)

Monoclonal Antibodies for COVID-19 in Africa: Promise and Pitfalls

A digital panel and forum

Join us for a digital panel and discussion with global health experts on the use of monoclonal antibodies to fight COVID-19 in Africa.

While the world has mobilized at unprecedented speed to develop effective vaccines, it will still take time for widespread vaccine distribution and immunization, particularly in the lower income countries. Complementary solutions, such as effective therapeutics, are urgently needed to mitigate the toll of the pandemic in Africa. Technologies that we develop now during the COVID-19 pandemic also have the potential to aid in future pandemics.

With the recent commitment by the Bill and Melinda Gates Foundation and Eli Lilly and Company to procure monoclonal antibodies for low- and middle-income countries, there is a need to identify how, when and where these drugs should be used. Significant hurdles to effective deployment exist, including highly technical manufacturing and limited production, cold chain requirements, high prices and efficacy likely limited to specific populations.

Panelists will discuss the obstacles to efficiently, effectively, and equitably rolling out monoclonal antibodies for COVID-19 across Africa and identify possible solutions for addressing these challenges. This digital panel and forum will be hosted by the Pandemic Response Initiative at the University of California San Francisco Institute for Global Health Sciences.

MD, MPH @UniOfLib
Vice President for Health Sciences, University of Liberia
Former Minister of Health for the Republic of Liberia

Dr. Bernice T. Dahn is the Vice President for Health Sciences at the University of Liberia. She served as the Minister of Health for the Republic of Liberia from 2015-2018. For almost nine years prior, Dr. Dahn served as the Deputy Minister of Health and Chief Medical Officer (CMO) for the Republic of Liberia. In these roles, she led the re-establishment of the Ministry of Health (MOH) and the rebuilding of Liberia’s post-conflict health care delivery system. Internationally, Dr. Dahn has served as a Board Member of The Global Fund to Fight AIDS, Tuberculosis and Malaria and of the World Bank’s Global Financing Facility.

In all fora, Dr. Dahn has been a resolute advocate for donor alignment to government-led plans and for mutual transparency and accountability in aid relationships. As CMO for the Republic of Liberia, she negotiated the Fixed Amount Reimbursement Agreement with the United States Agency for International Development (USAID), the United States’ first direct government-to-government funding mechanism. In doing so, she successfully instituted an innovative approach to bilateral development aid in Liberia. Dr. Dahn also led a paradigm shift from NGO-controlled resources to government leadership in the health sector. Specifically, she built County Health Teams’ capacity for managing donor funds (contracting in and out health services by the MOH), giving the Government of Liberia more control of donor funds and improved ownership of its development agendas.

In 2013, Dr. Dahn spearheaded the establishment of postgraduate medical residency programs in general surgery, pediatrics, internal medicine, and obstetrics & gynecology. During the early stages of the Ebola virus disease (EVD) outbreak in 2014, Dr. Dahn coordinated the national response to the epidemic, including development of treatment protocols and infection prevention and control standards, trainings, resource mobilization, and partner coordination. Upon establishment of the Incident Management System, she focused on community-based initiatives and restoration of routine health services. In the aftermath of the outbreak, Dr. Dahn oversaw the development of Liberia’s Investment Plan for Building a Resilient Health System, including the National Health Workforce Program. She also launched a National Community Health Services Policy (2016), creating a new cadre of Community Health Assistants and permanently transitioning Liberia’s community health system from a series of fragmented, under-performing community health volunteer programs to a nationally unified and high-quality National Community Health Assistant program.

Having left the MOH at the end of President Ellen Johnson Sirleaf’s administration in 2018, Dr. Dahn continues to serve at the forefront of Liberia’s advocacy efforts for constructive aid practices. She became the Vice President for Health Sciences at the University of Liberia in January 2019. Having taught medical students as a faculty member at her alma mater, A.M. Dogliotti College of Medicine, for thirteen years, Dr. Dahn is now focused on improving academic and administrative systems at the college, with a vision of establishing a world-class health sciences education system. 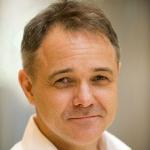 Jeremy Farrar is Director of the Wellcome Trust - a politically and financially independent global charitable foundation that exists to improve health by helping big ideas to thrive. Jeremy is a clinician scientist who before joining Wellcome was, for eighteen years, Director of the Oxford University Clinical Research Unit in Vietnam, where his research interests were in infectious diseases and global health with a focus on emerging infections. He has published almost 600 articles. Jeremy was named 12th in the Fortune list of 50 World’s Greatest Leaders in 2015 and was awarded the Memorial Medal and Ho Chi Minh City Medal from the Government of Vietnam. In 2018, he was awarded the President Jimmy and Rosalynn Carter Humanitarian of the Year Award. He is a Fellow of the Academy of Medical Sciences UK, the National Academies USA, the European Molecular Biology Organisation, and The Royal Society. Jeremy was knighted in the Queen’s 2018 New Year Honours for services to Global Health.

From 2002 to 2007, Sir Richard served as founding Executive Director of the Global Fund to Fight AIDS, Tuberculosis and Malaria and Under Secretary General of the United Nations. From 1995 until 1999, Dr. Feachem was Director for Health, Nutrition and Population at the World Bank. Previously (1989-1995), he was Dean of the London School of Hygiene and Tropical Medicine. 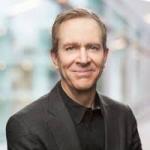 Trevor spearheaded the creation of the Bill & Melinda Gates Medical Research Institute, and in 2020 he has led the foundation’s efforts to support the development of diagnostics, therapeutics, and vaccines for the global response to COVID-19.

Prior to joining the foundation in 2011, Trevor was global head of development with Novartis and previously was involved in clinical research at Pfizer and Parke-Davis.

Born and raised in South Africa, Trevor earned his bachelor’s and medical degrees from the University of the Witwatersrand in Johannesburg. He also studied mathematics, logic, and philosophy as a Rhodes Scholar at Oxford University, and he earned a Ph.D. in mathematics at the University of Chicago. 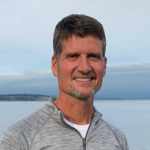 Dean brings a broad scientific background, and a deep commitment to advancing innovative technologies and challenging the industry to improve worldwide access to biotherapeutics. Over his career, Dean has held numerous leadership roles in process development functions at Immunex and Amgen, including Drug Delivery, Formulation, Analytical, and Process Sciences. Most recently, Dean served as CSO and founding partner of Just Biotherapeutics, leading the development of platform technologies for Molecule Design, Process, and Product Development. The focus of this work has been on the design and application of technologies to reduce the cost and time required for successful biotherapeutic development, as well as reduce the overall cost of goods manufactured.

In his current role as Senior Vice President (SVP) of Biotherapeutic Sciences at Just-Evotec Biologics, Dean also leads Biotherapeutic Discovery, which utilizes the application of novel AI based methods. These methods allow for the rapid discovery of novel antibodies with manufacturable and desirable pharmaceutical features. Dean currently oversees product design and development partnerships for COVID-19 antibodies and other biotherapeutics. 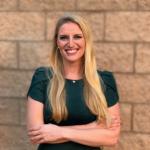 Dr. Kelly Sanders is the Technical Lead of the Pandemic Response Initiative at the University of California San Francisco (UCSF) Institute for Global Health Sciences. She completed medical school at UCSF and pediatrics residency training at Lucile Packard Children’s Hospital at Stanford University. Before pursuing a career as a physician, Dr. Sanders worked with the UCSF Global Health Group’s Malaria Elimination Initiative (MEI) on operational research projects with partner countries, as well as on developing communications and advocacy priorities with MEI and global partners. Previously, she worked with the UCSF Institute for Global Health Sciences, supporting the creation of the Consortium of Universities for Global Health and the UC Global Health Institute. In addition to her work at UCSF, Dr. Sanders practices clinically as a pediatrician at Stanford University and Santa Clara Valley Medical Center. 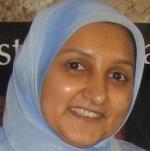 Fatima Suleman [B.Pharm (UDW,SA), M.Pharm (UDW, SA), PhD (Public Health Sciences)(UIC,USA)] is a Professor in the School of Health Sciences, University of KwaZulu-Natal and Professor, and Director: World Health Organization Collaborating Centre for Pharmaceutical Policy and Evidence Based Practice. She is a former Prince Claus Chair of Development and Equity: Affordable (Bio)Therapeutics for Public Health (until September 2018) at Utrecht University, and a Fulbright Alumnus (Fulbright Scholar 2002-2004). She has been appointed by the South African Minister of Health to serve on the National Pricing Committee (2010-current) and is currently the Chair of the Pricing Committee. She has been appointed to the World Health Organization's Expert Advisory Panel on Drug Evaluation (2017 - 2021). She is an EXCO member for the African Forum on Research and Education in Health (AFREhealth) PI Council (current).

She has served on a number of WHO committees over the years : Member (and co-Chair) of the WHO Guideline Review Committee on WHO Guidelines for Country Pharmaceutical Policies from 2019 – 2020; Member and Rapporteur of the 22nd WHO Expert Committee on the Selection and Use of Essential Medicines, from 1 to 5 April 2019 in Geneva; Member of the organizing committee for the 2nd World Health Organization’s Fair Pricing Forum in Johannesburg, South Africa, 11-13 April 2019; Member of the Expert Advisory Group (EAG) of the Medicines Patent Pool (MPP) for 2019 to current; Co-Chair of WHO Preparatory Working Group 1 on Pricing Policies to support the organization of the 2021 Fair Pricing Forum, from 1 August 2020 to 31 July 2021. She has a number of publications in the area of pharmaceutical policy and medicine use. 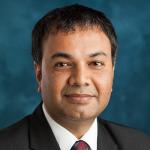 Prashant Yadav is a globally recognized scholar in the area of healthcare supply chains. He is a Senior Fellow at the Center for Global Development, an Affiliate Professor at INSEAD, and a Lecturer at Harvard Medical School. Before his current role, Prashant worked on supply chains at the Bill & Melinda Gates Foundation. He is the author of over 50 peer-reviewed scientific publications, and his work has been featured in prominent print and broadcast media outlets. In addition to his roles in academia and at think tanks, Prashant serves on the boards of social enterprises and nonprofits working on healthcare supply chains. He is trained as a Chemical Engineer and holds a PhD in Management Science & Operations Research.