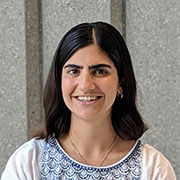 Lucía Abascal Miguel, MD, MS, recently completed a global health fellowship with the UCSF Institute for Global Health Sciences (IGHS) Executive Director’s office and worked as a teaching assistant for the IGHS Master of Science program, from which she graduated in 2018. Previously, Lucía trained as a medical doctor in Mexico City and worked as a physician in a rural town in Mexico. While working there, she realized poverty and inequality affected patients’ access to quality healthcare, which inspired her to pursue a career in global health. Lucía has worked on a variety of global health topics, including literacy and diabetes in Latin America and vaccine cost-effectiveness. Her global health interests in are health systems and policy in Mexico and Central America. 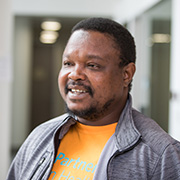 Mohamed Bailor Barrie, MD, MSc, is a Sierra Leonean physician and co-founder of the medical humanitarian organization Wellbody Alliance. Bailor earned his medical degree in 2004 from the College of Medicine and Allied Health Sciences at the University of Sierra Leone in Freetown. He was awarded a Fulbright grant in 2013 to pursue a Master of Medical Sciences in Global Health Delivery degree at Harvard Medical School, but a few months into his studies, the West African Ebola epidemic began. Upon realizing its severity in his native country, he chose to return home to serve those in most need. In September 2014, Wellbody Alliance collaborated with Partners In Health (PIH) to launch a response to the Ebola epidemic as the disease spread across Sierra Leone, Liberia, and Guinea. Bailor later returned to Harvard to complete his master’s degree in 2016. His research on HIV and Ebola in Sierra Leone investigates the treatment of infectious disease, models of care delivery, and implications for health policy. He is currently the PIH policy adviser to the national HIV and TB programs in Sierra Leone. His research interest is using rigorous ethnographic and epidemiological data to evaluate and strengthen health systems in low-resource settings. 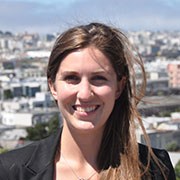 Canice Christian, MSc, received her Master of Science degree in Global Health and Population from the Harvard T.H. Chan School of Public Health in 2017. Her master’s thesis included field work in Fortaleza, Brazil and assessed the motor development of children undergoing monitoring for developmental disabilities. Canice received a degree in biochemistry from Bates College and worked for two years in U.S.-based ophthalmic clinical trials. Most recently, she has been working in the Division of HIV, Infectious Diseases, and Global Medicine at UCSF as a Project Manager. In the Division, Canice manages the SEARCH-IPT study, a multi-component implementation science intervention that focuses on increasing isoniazid preventive therapy use among HIV-infected persons in Uganda. Her research interests focus primarily on implementation science and applying pragmatic and rigorous study designs to real-world settings, with a particular focus on HIV treatment and tuberculosis prevention in East Africa. 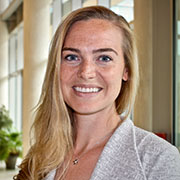 Jane Fieldhouse, MSc, is a Research Analyst with the Duke University One Health Research Laboratory, coordinating and conducting studies focused primarily on zoonotic pathogens emerging at the human-animal interface. Jane received her Master of Science in Global Health from the Duke Global Health Institute, for which she conducted surveillance for respiratory viruses among patients hospitalized with pneumonia in Sarawak, Malaysia. Prior to her master’s degree, Jane worked in Dhaka, Bangladesh, examining the institutionalization of the One Health Agenda in collaboration with the International Centre for Diarrhoeal Disease Research, Bangladesh (icddr,b). While at icddr,b she also worked as a research intern and volunteer teaching assistant at BRAC University’s James P. Grant School of Public Health. Jane first became interested in global health while serving as a U.S. Peace Corps Volunteer in Benin from 2011-2013. 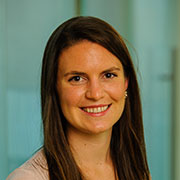 Sarah Gallalee, MPH, is a public health researcher with a long-standing focus on increasing access to healthcare for underserved populations. Among her research interests are improving disease surveillance systems and using geospatial methods to assess disease burdens and target data-driven interventions. Sarah spent three years working for the Clinton Health Access Initiative (CHAI) on the malaria analytics and surveillance team. During this time, she was primarily based in Myanmar and supported the efforts of disease control programs in Myanmar, Cambodia, Laos, and Vietnam towards malaria elimination. Sarah completed her master’s degree at Columbia with a focus on socio-medical sciences and global health. She received her BA in geography at the University of Vermont, where she worked at the Spatial Analysis Laboratory and wrote an honors thesis on access to treatment for prescription opioid addiction. 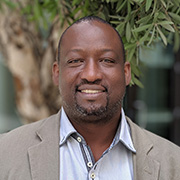 Johnson John Lyimo, MD, MPH, is a Tanzanian public health specialist. He completed his medical training at the Muhimbili University College of Health of the University of Dar es Salaam in 2002, and in 2005 pursued a Master of Public Health at Dartmouth College as a Fogarty International Center fellow. He has over 10 years’ professional experience in the programmatic implementation of tuberculosis (TB) control, including drug-resistant TB control interventions at the national level through his work with the National TB and Leprosy Programme. Johnson’s research interests include drug-resistant TB case detection and linkages to improved treatment regimens in Tanzania, which are aligned to global TB elimination targets for 2030. 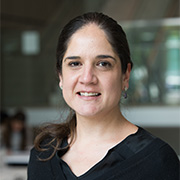 Andrea Pedroza-Tobias, MS, is a researcher with Mexico’s National Institute of Public Health (INSP) Nutrition and Health Research Center. She has completed internships at UCSF as a collaborator of the Cardiovascular Disease Policy Model. She is a member of the Mexican team collaborating on the Global Burden of Disease project, and part of the analysis team evaluating patterns of metabolic syndrome classification and dietary analysis from the Mexican National Health and Nutrition Survey. She acquired her Master of Sciences, Nutrition at INSP, where she has been working in collaboration with top researchers in nutrition. During her work at INSP, she has been in charge of the implementation and coordination of an innovative Diabetes and Retinopathy Project in Mexico, which is part of the UC Mexico Initiative on Health. Andrea’s research interest focuses on the prevention and treatment of non-communicable chronic diseases in developing countries, particularly by understanding the effectiveness of metformin and lifestyle intervention to prevent diabetes. 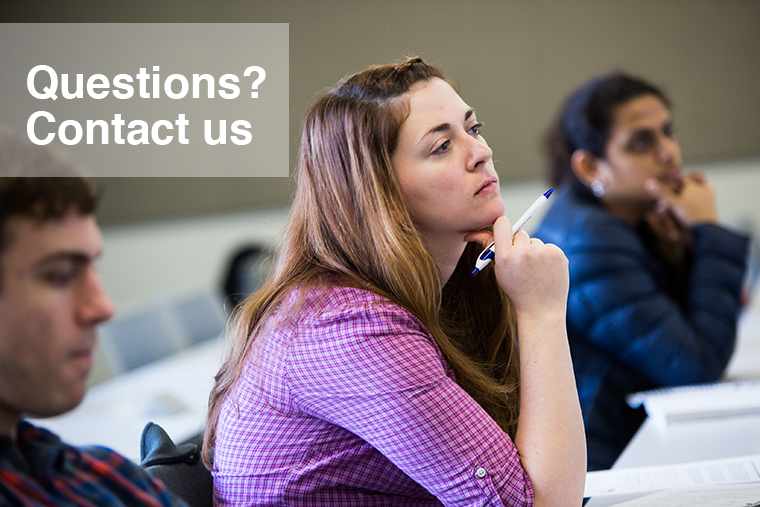