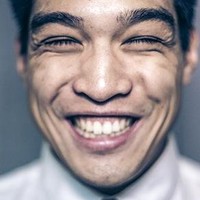 Nick Hu has embraced the start-up philosophy that every mistake is a learning opportunity. A 2013 graduate of the Master of Science in Global Health program at UCSF, Hu said he has learned much by hands-on trial and error in the past 10 years of his quest to expand and improve healthcare access around the world.

An early learning opportunity for Hu was an undergraduate project grant to set up a motorcycle ambulance system for women facing complications during childbirth in rural Tanzania. Although he and his fellow classmates at UC Berkeley were enthusiastic about their mission to deliver emergency medical services to less-accessible and low-resource populations, Hu said they were naïve. “One reason the project failed was that we underestimated the importance of stakeholder buy-in – not just from the community, but from every part of the healthcare system.”

Hu came to the UCSF master’s program in global health sciences to learn how to do that. “What’s great is the breadth of experience that I got in the classes,” he said, “from developing cost-effectiveness models to applying force-field analysis in policy frameworks.”

At UCSF, Hu helped launch a pilot program in Tanzania testing a garment to help manage post-partum hemorrhaging in rural settings. That work gave him a broader perspective of how product innovation, supply chain, and the logistics in a complex health system need to be balanced for new ideas to take hold.

A core part of the MS program is the field work where students apply their knowledge. Hu chose to work with the National Cancer Institute in Uganda and Tanzania, studying the correlation between Burkitt’s Lymphoma and co-factors like people’s proximity to malaria hotspots.

That project also highlighted how key a challenge location is: “People who had a higher risk for these morbidities didn’t have access to the care and supplies that someone would need to live a healthy life,” Hu said.

In 2016, staff at UCSF’s Malaria Elimination Initiative introduced Hu to Zipline, a new company based in Half Moon Bay, CA, that was building drones to deliver emergency medical products in remote and underserved areas, starting in Rwanda. Hu was drawn to their mission and hands-on approach. He became one of the first members of the company’s global operations team.

“UCSF made me an attractive candidate,” he said, adding that the MS program prepared him to tackle supply chain management and to oversee the delivery drones’ – or Zips’ – first flight operations.

Hu worked to integrate Zipline’s operations with the public health system in Rwanda. By partnering with a government transfusion center, Zipline began delivering to hospitals products such as processed red blood cells, fresh frozen plasma, and platelets. After seeing how Zips cut transportation time and reduced cost while expanding patients’ access to blood products, the Rwandan ministry of health supported additional training to make new treatment options possible in rural clinics. As of May 2019, more than half of blood deliveries in Rwanda outside of Kigali were using Zipline drones.

Zipline delivers a broad range of medical products. “Nothing is off limits,” including insulin and vaccines, Hu said, as long as they fall within the Zips’ payload capacity.

Hu now supports operations team members around the world. “Invest in leaders” has been a mantra. “Empowering others is the biggest impact you can have to solve some of these big problems in the world,” Hu said.

Asked for his advice to the next generation of global health practitioners, Hu said, “Get out in the field and learn. You can look at a lot of data and spreadsheets from thousands of miles away, but you will never have the same understanding as you would standing next to the problems you’re trying to solve.”