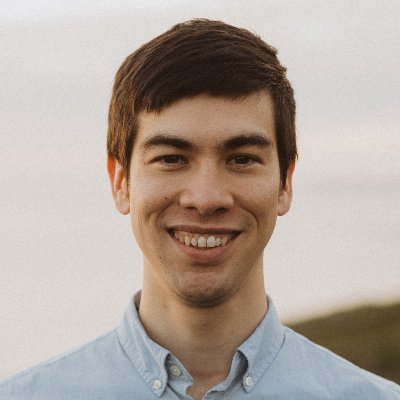 One of two funded projects came from Nathan C. Lo, MD, PhD, an early-career Faculty Fellow in the Division of HIV, Infectious Diseases and Global Medicine in the Department of Medicine. Lo has spent the last decade studying the neglected tropical disease, schistosomiasis. His epidemiologic and computer modeling research led him to be the lead writer of new international guidelines on how and when to treat this parasitic disease for the World Health Organization (WHO). The new guidelines were released earlier this year.

Schistosomiasis, or infection with the Schistosoma worm, has a bigger impact on global health than any parasitic disease except malaria: It affects 250 million people. It can be easily cured with a drug called praziquantel but wreaks havoc in low- and middle-income countries. The worms lurk in freshwater lakes and rivers. They enter through a person’s skin and infect the GI and urinary tract, often returning to the water through urine or feces. This cycle sets the stage for people to experience repeated infections, which can cause anemia, gastrointestinal disease, liver and bladder damage and even death.

It makes most sense to treat an entire community with praziquantel when a certain percentage of people are infected. Previous WHO guidelines set the threshold at 50%. Lo’s research, which introduced consideration of transmission dynamics and cost effectiveness, found that treatment makes sense when just 5% of an area is thought to be infected.

While the prior WHO guidelines focused on treating only school-age children – who are easier to reach – Lo showed that it’s cost-effective to include pre-school children and adults in mass treatment activities. His work showed that school children were being reinfected by untreated younger children, adolescents and adults in their community under the previous approach.

Lo’s current research, which the IGHS seed grant supports, aims to predict which areas may prove to be persistent schistosomiasis hotspots. Some places, for reasons not well understood, don’t respond as well to mass treatment efforts. As it stands, health providers only learn through trial and error where these stubborn hotspots are. Lo and postdoctoral fellow Benjamin Singer, PhD, are trying to adapt machine learning models to identify likely hotspots before the initial treatment efforts stall.

“With new data and treatment guidelines, it looks like schistosomiasis is a problem we can really solve. These persistent hotspots are the main hurdle still in our way,” Lo explained.

A big part of the work is building models to estimate the future prevalence of schistosomiasis by region. Lo and Singer are now trying to shrink the size of a region they can estimate, using mathematical models and open-source machine learning software that they are adapting.

The goal of this work is to leverage big datasets, machine learning, and precision public health to better target mass treatment to reduce the disease burden and inequity caused by this parasitic scourge. 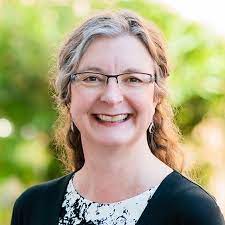 The second funded proposal came from Susanne Martin Herz, MD, PhD, an associate professor of pediatrics. Martin Herz has been working with Louisa Mudawarima, MD, a neurodevelopmental pediatrician at the University of Zimbabwe, to improve early diagnosis and treatment for infants with neurodevelopmental disorders, and the seed grant will fund what could be a turning point in this research.

A jaw-dropping 95% of the 53 million children under age 5 with developmental disorders – such as cerebral palsy, epilepsy and intellectual disability – live in lower- and middle-income countries (LMICs) like Zimbabwe. Many preventative measures – such as early identification and treatment of neonatal jaundice – and high-tech interventions that babies who experience perinatal traumas, such as birth asphyxia, receive in affluent countries are simply not available in many LMIC settings.

Infants and children at high risk are often not identified early enough to reap the full benefit of early intervention programs that are increasingly available. Most children with cerebral palsy in developed countries are diagnosed between 1-2 years old; in low-resource contexts, most aren’t diagnosed until they are 5 or older.

Martin Herz and Mudawarima saw an opportunity to look for metabolic biomarkers that indicate high risk for neurodevelopmental disorders, which could trigger monitoring and treatment at younger ages, when children benefit most because their brains are still so changeable.

Recent research led by University of Zimbabwe and Stanford colleagues collected newborn blood spots, cord blood, maternal blood and the mother’s medical history during pregnancy from over 500 infants in Harare, Zimbabwe. As the children are now beginning to reach the age where those with disorders can be identified, Martin Herz and Mudawarima propose to assess their neurodevelopmental outcomes and then use machine learning techniques to look for biomarkers that differentiate infants who are at high risk from those who aren’t. The study team would also test the proposed diagnostic on a future cohort of infants and children in Harare.

“We suspect that there will be a signal there, and that with additional work we will be able to find something that is clinically useful, maybe using identified biomarkers in combination with very early behavioral markers,” Martin Herz said. She and Mudarwarima are also studying the predictive ability of early behavioral measures.

Martin Herz is optimistic because research has already shown that metabolic profiles can identify preterm infants at risk for complications. That work comes from IGHS’s Laura Jelliffe-Pawlowski and this study’s Stanford collaborators, among others.

Children who are identified as high risk in this study can be treated at a specialty pediatric rehabilitation clinic in Harare, which offers free care. Subspecialty care, including audiology and ophthalmology, are also freely available to children under age 5.

“It’s a setting where I feel ethically comfortable identifying children at risk because they have access to services at no cost,” Martin Herz explained. She worries about “the mental health and health impacts on families when we identify risks or delays we can’t do anything about.”

Though a biomarker screen may not initially be affordable to families in LMICs, such diagnostics have a tendency to drop in price as they become widely adopted, Martin Herz noted.

“This is the first step,” she said with the kind of nod that indicates that this is always a driving question. “We have to develop it and then we can work to make it cost effective.”

The Taliban’s gender apartheid: a threat to Afghan women’s political and social identity and a hidden danger to their health
By Afghan scholar, name withheld*
March 28, 2022

It takes a village: How we support IGHS students
By Darlene Mergillano
October 5, 2021

Life as a PhD student during a pandemic: reflections and advice
By Canice Christian, MSc, PhD Student
September 27, 2021

A global health worker's plea for attention to the violence in Tigray
By Sarah A. Cassidy-Seyoum, MSc
June 8, 2021

When global health becomes local: Reflections on my time at IGHS
By Jeffery Ezennia, MS ’18
December 14, 2020